No drama with Reina!

She is here! "The Drama Queen"  and so far so good, she hauled beautifully and after a few "getting to know you " moments she seems to have settled in nicely with Casey . 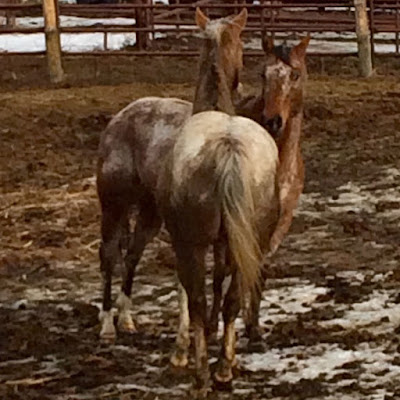 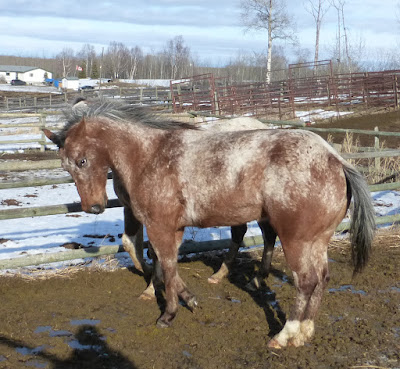 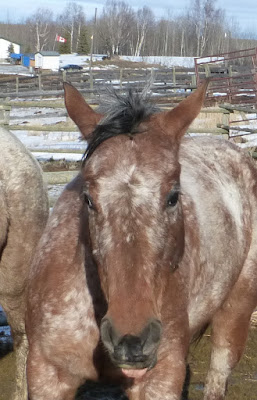 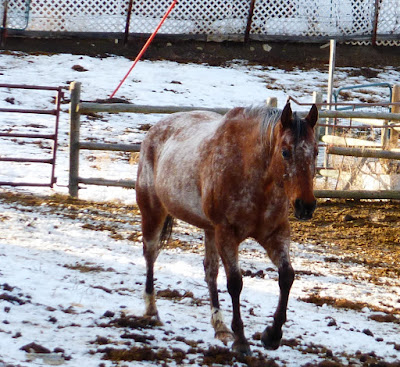 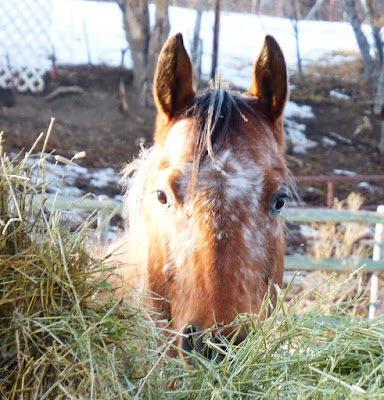 The Phoenix, thinks she is BEAUTIFUL!!! 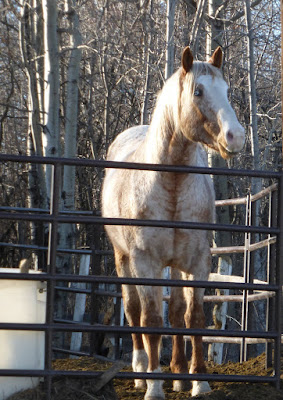 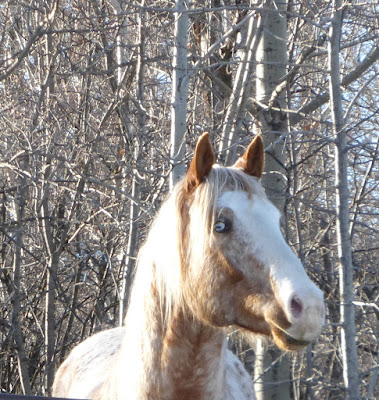 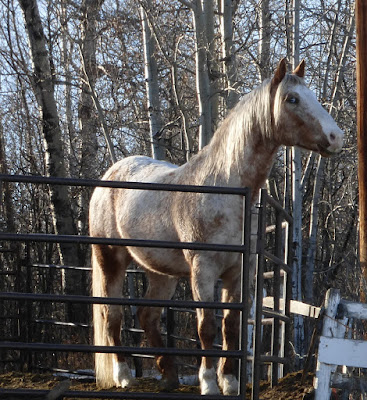 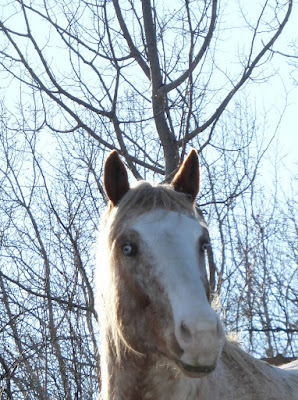 I haven't told him yet I think we are breeding her to Cactus this year. Or maybe...
Anyhow got some catching up to do on blogs so ,stay safe friends.
Posted by Sherry Sikstrom at 10:53 pm 7 comments:

I can see clearly now the "Reina" has come

Nope its not a typo, sorry to leave you all hanging about the "new " I alluded to in the last post,but I wanted to make sure I could make it happen.
After losing Ici, I was wondering about finding another mare, but not just any mare, I had some pretty specific criteria.
I looked around and found a Dreamfinder filly for sale, and while she was lovely she was not quite what I wanted. Sweet and nicely put up, also well bred, but not quite it. Then I looked again and I found "The Drama Queen"  and I was hooked! Bred by the same folks that raised Ici, and a half sister to boot! She is also a full sister to the national and world champion Vision Maker 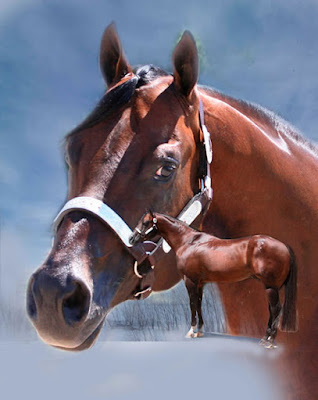 And she is mine! I should have her home by the weekend or next at the outside. This mare is so very similar to Ici, a little smaller but has everything I was looking for and more! .Unlike Ici this mare is broke to ride (currently in training for a refresher) and also unlike my sweet Ici, this mare is apparently easy to breed! Ici ,while she produced some of my very best was a difficult mare to catch cycling and we missed a few year due to this.
The new mare does not go by her registered name " The Dram Queen" as there is no drama about her, rather she is called Reina, Spanish for beautiful queen. I think it suits her just fine! 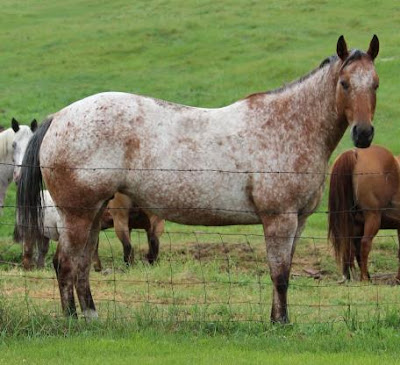 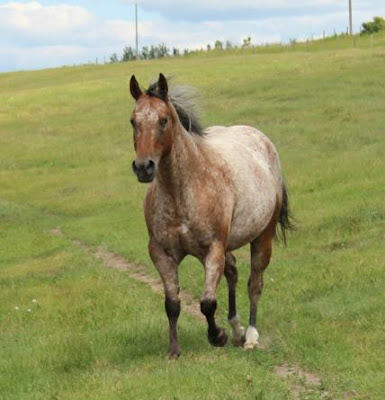 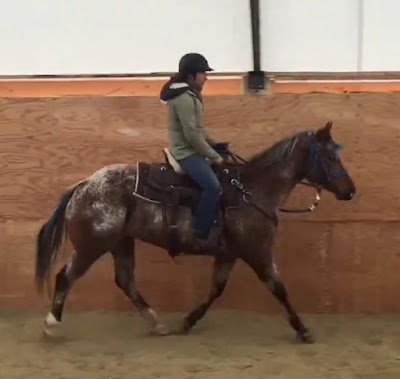 Photo credit to Westview Appaloosas who I would like to thank for the opportunity to own this lovely mare!
I cannot believe someone who takes as many picture as I do had to borrow photos, but trust me, once I get her home!
Just for reference her is a photo of Ici 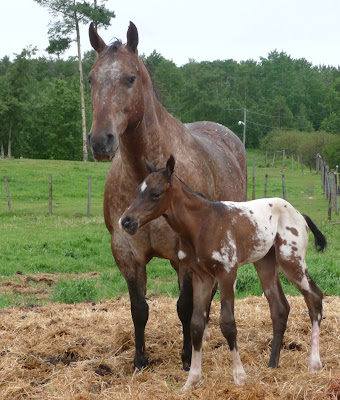 SO , are you now as excited as I am to see what Reina will produce?
Stay safe my friends

Hi friends, my old computer was slowly dying, and it made for some difficulty with posting, add to that I was at a loss for anything to say so the blog sat dormant again.
I will do better soon I hope. Especially with this sleek speedy quick new computer!
Luckily I backed up my photos so I have some I can share as an update 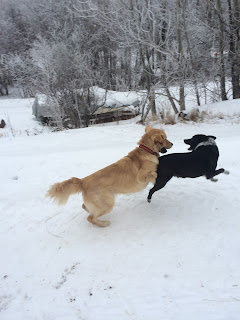 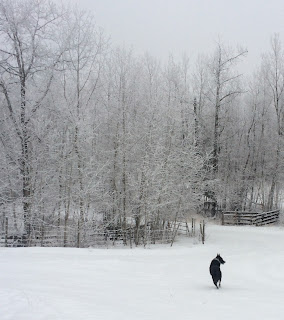 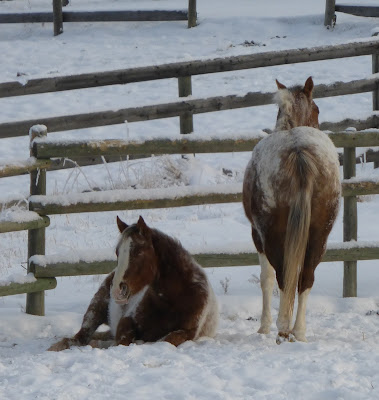 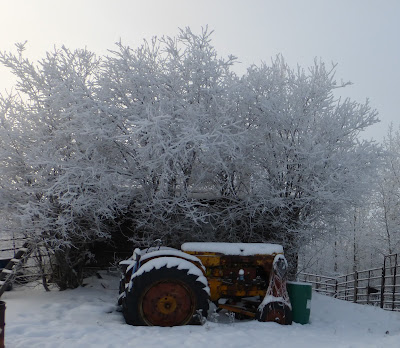 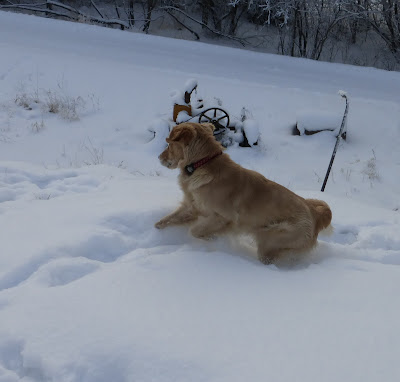 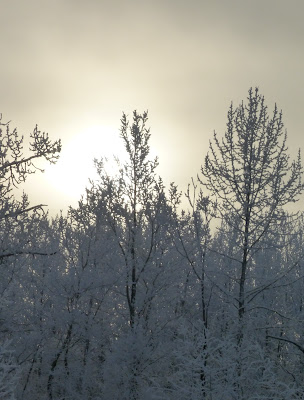 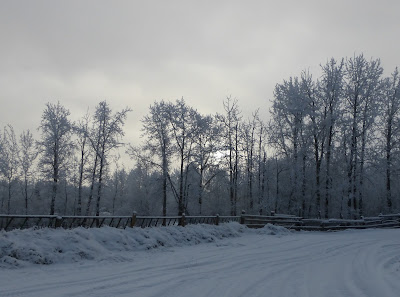 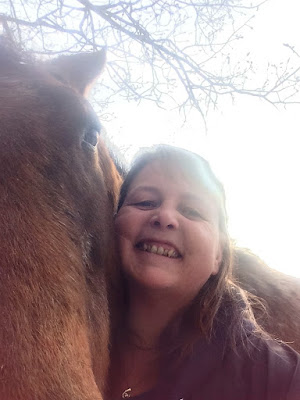 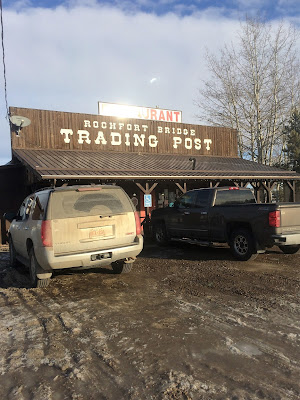 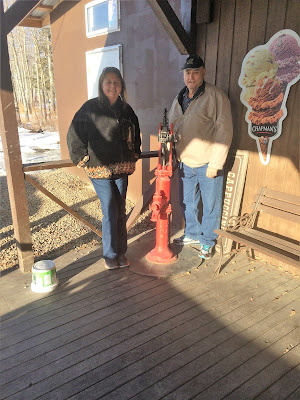 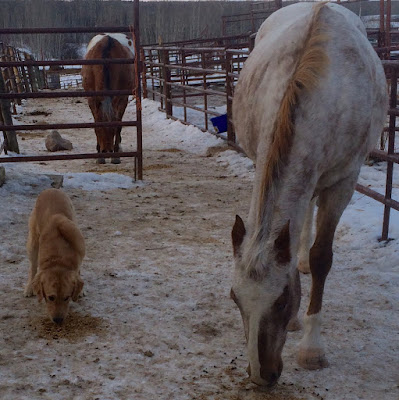 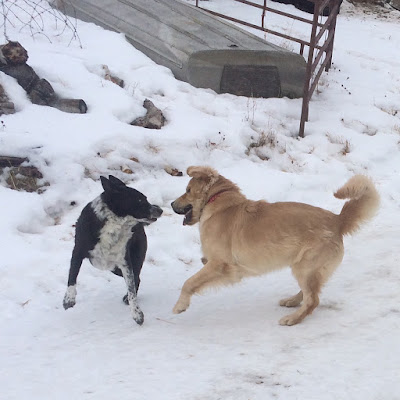 There is some news to share, but not just yet.
Meanwhile I need to check in with all my favorite blogs and see what you all have been up to.
Stay safe
Posted by Sherry Sikstrom at 10:51 pm 10 comments: