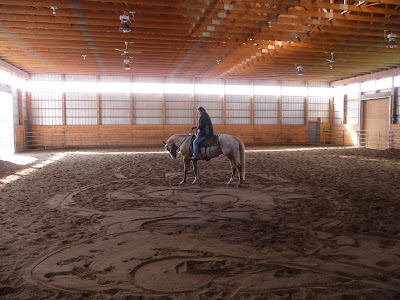 Fern Valley's Phoenix, that is !!!
My  blue eyed handsome boy is home, and we are HAPPY!!!!
I went to  try him out and bring him home ,and I am very pleased. He is settled, willing soft and responsive, just as he should be.I think I will keep him LOL
First I watched Justin ride him a bit , not as much of what he has been doing  is shown but it was a busy day there getting ready for a futurity. He has been used to  turn back  cattle and also they have been "working him on the flag " (useful for cutting and penning) I would have liked to see that, but I needed to get down there more than I did .Sometimes being busy is good, but sometimes it sucks! Anyhow as you can see , my "Fix" did get over his  fire breathing dragon moment/s that he had when he first got there and has settled into the good horse I knew he  could be. 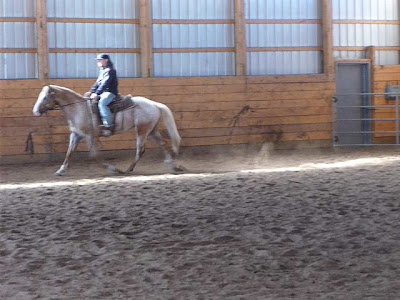 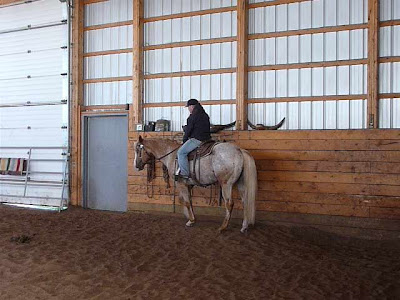 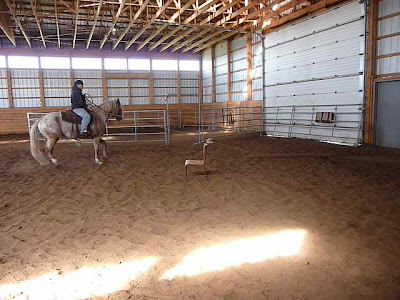 Then , I got on. Geoff  kindly agreed to take a few pictures of me .Thankfully  after the trainwreck which was me mounting up! Lets just say that although it was not pretty I got there (bad hip, and knee, sore shoulder all conspired to make a mess of it ) And that in itself also showed what a star Phoenix is , ! He stood , feet solidly planted and waited for me to flopscramblewrithe onto his back! 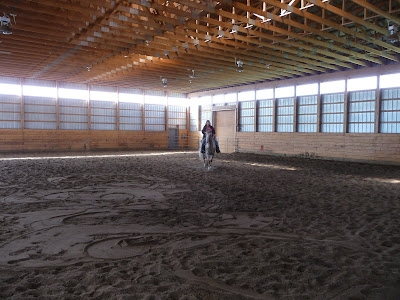 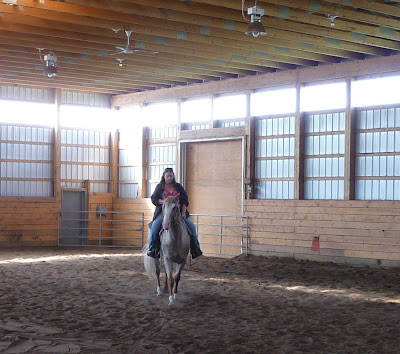 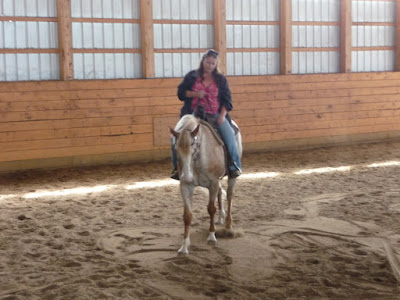 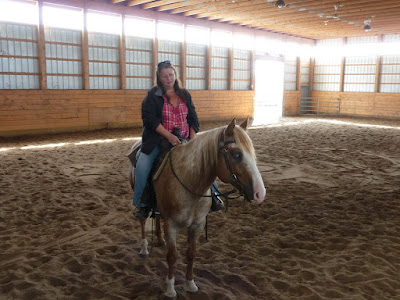 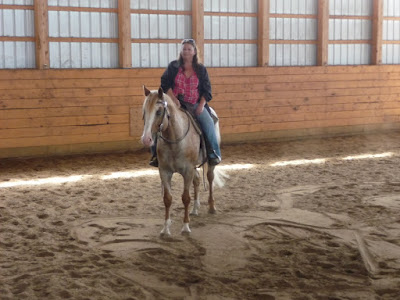 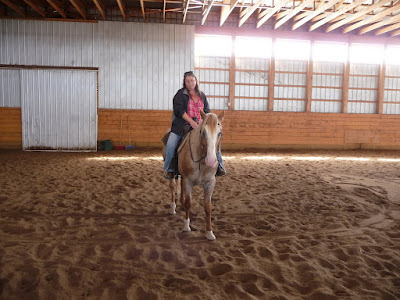 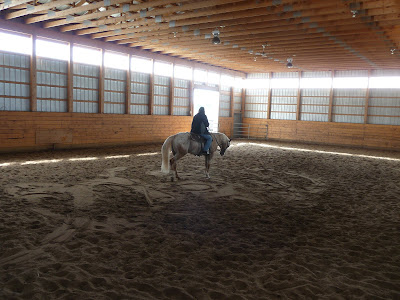 So he is home and settling in nicely,not just sure what the next step is for  "Fix" but he has a lot of ability, and a great foundation so we need to figure out just where  to go from here . Meanwhile I am just going to enjoy having the blue eyed wonder home !
Stay Safe
Posted by Sherry Sikstrom at 9:43 am

He looks good! Nice to have that solid foundation no matter what you do with him.

He looks good, and relaxed. I really like the way he gets under himself when walking out...that's nice. What a handsome boy he is!!

Oh, my, isn't he looking well!

Congrats and kudos for a colt well-started!

They did a nice job on him, he looks relaxed and happy- and you look good on him! I hope he has a good career under saddle as well as in the breeding pen.

You look good up there!

He looks so good!! I bet you are happy to have him home too!

Great to see you on him!

I have no idea what my hand is doing so high in the third pic fairly out of character for me . Must have thought the reins were a microphone lol

Looking good both of you ! He is working nicely ! Great photos ! I do like the closer one of you both ! Have a good day !

Handsome guy. Must have been a wonderful ride, you look great together!

So how did it feel up there?

Cut yourself some slack woman. You two look great together.I sure wished I lived closer...I would really ....really like to put a Team Penning team together.No one here does it and no cows to practice with.You'll find your way to something to keep that handsome horse occupied...maybe even if it's working your own cows.