Update on the girls

Forgive the quality again, I  just had the cell phone.
I was out an about  today , and as my work day came to a close I found myself  very close to the barn where Cat and Andee are in training .
Roland told me I could stop by anytime to see them , so I took him at his word and did just that.
Apparently great minds think alike, because as I walked into the barn he said"oh good ,you got my message! I am just getting ready to work the girls"
I guess he had called and invited me to  come today to see their  progress. We got a chuckle out of that and he went to work,first with Andee then Cat . 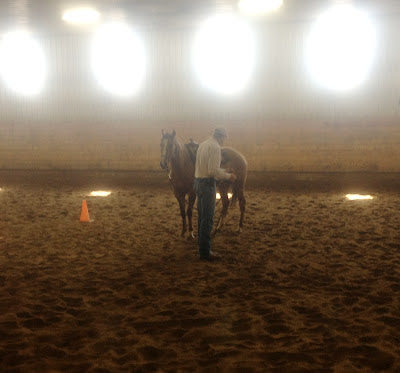 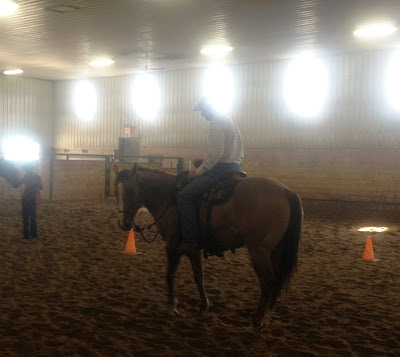 Andee is doing well, very sweet (which we all knew)  but worries a bit , and is a bit reactive, but after only about  9 sessions I  have no complaints .

I really like that Roland works in an arena that can be very busy . After all no one ride in a vacum, and he doesn't wait to have it all quiet before he works, the horses are paying attention to him, and at one point a gall galloped by Andee, then did a sliding stop, Andee remained focused on Roland and though her head came up a bit she did not really seem bothered . 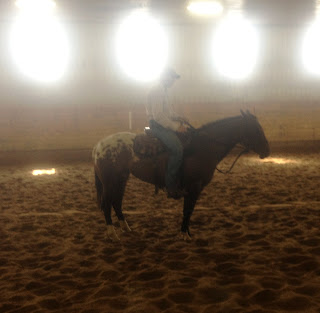 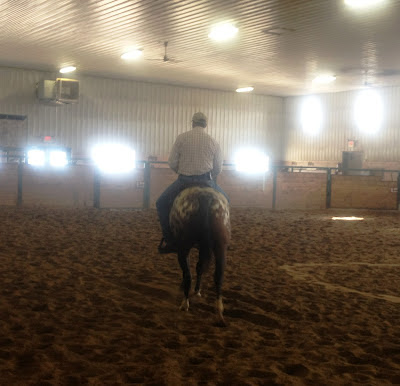 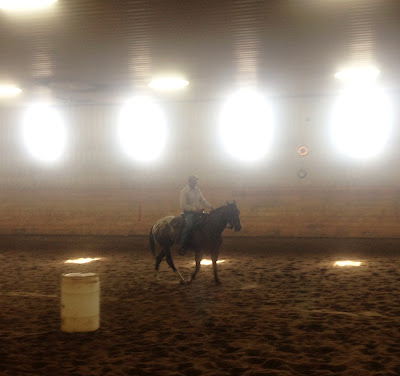 Cat also os doing well, far less reactive ,  Roland commented that she is very settled and nothing seems to rattle her. Unfortunatley(or not) she did have an abcess  just after she arrived  so her under saddle  work has been lessened,but he has spent a consitent amount of time on other detail work, and she is doing well.
I am attempting to load a video, but it is going very slowly.If I ever  get it loaded I will add it.

finally!
here you go
http://www.youtube.com/watch?v=XtMPc7kZv6c
Posted by Sherry Sikstrom at 9:36 am

What perfect timing, glad to see you were able to watch your girls go.
They look great, can't wait to see video!!

Sounds like fun ! Some of our friends from our saddle club we belong to are in the middle of training for the barrel event this month . We are members as their photographers and every now and then I get to ride one of their horses . Last time I road was when I was 18 with my own horse and I tell ya I have and still miss it every day I cant just mount up and go ! Cant wait to see the video ! Have a great day !

Looking good! I was wondering how they were doing. You are going to have a couple of nice girls to ride when they come home!

Wahoo! How is that for synchronicity?

The girls look great! Sometimes, yes you do want a quiet arena, other times no. Depends on the horse and where they are in training. Still they have to grow up at some point and learn that not everything is going to eat them like a Horseasaurus Rex.

That made for a great day. Neat horses!

Glad they're doing so well!

They are looking great, bet you were happy to see them!

They are sure looking good! But I admit I am having arena envy there, wow would love that!!