After the long winter, it seemed spring would never really come.As recently as May we still had snow in places.The suddenly BAMM  it was spring !!! And we were running around trying to catch up. Lots going on, Dad is recovering well from his hip surgery ,but now Martin's dad is ill and in hospital. And again I am  falling behind on posting and reading . A little down time tonight ,I went out and took some pics .Would love to say I caught up a good horse and went for a ride, but no, all the running around , plus we treated calves and turned them out this weekend,then Sunday before  going into town for a mothers day picnic with mom, dad, heather , Marc and the kids. I ran out to catch up the geldings and  some of the mares  as Charlie was out to trim  horses. All of that has  conspired to make my back very unhappy with me .SO this week I will rest up, and maybe start doing some active horsey stuff on the weekend .(Thanks also to Deb, who kindly held  many of the horses to trim and let me "hold up the barn" for a while )
So for now until I am up to  doing some ear cam  footage  from Johnny's  back or Cat's, here are some of the lights that are shining in my world.Nothing like the four footed therapists here to bring order  to my mind.


A daughter of Miss Callie(there are several poly dactyl Calicoes in the barn this year . 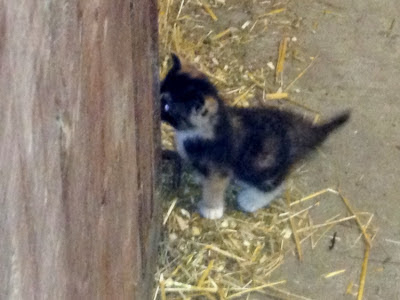 Cactus  storing up on his energy for later in the year 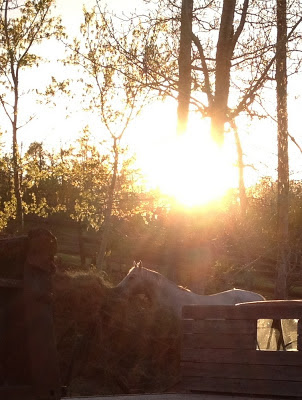 The booby trap (dead  branch up in the live tree) has survived another year, one day we will figure out how to get it down 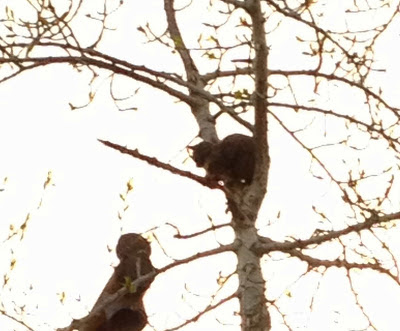 a couple of the boys 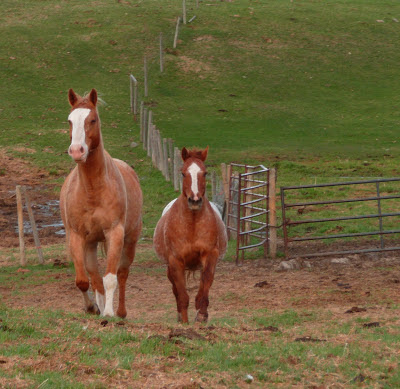 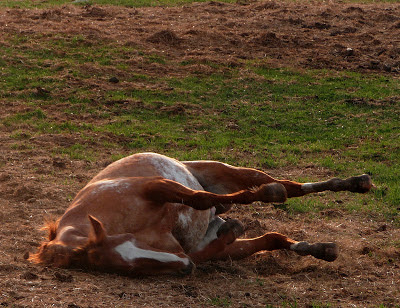 "what do you mean I am grubby?" 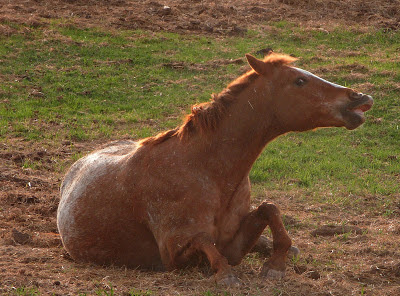 "okay mom, I will pose  for you 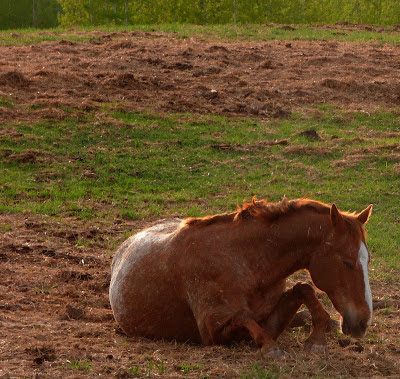 Per square inch the most effective  cure for stress out there 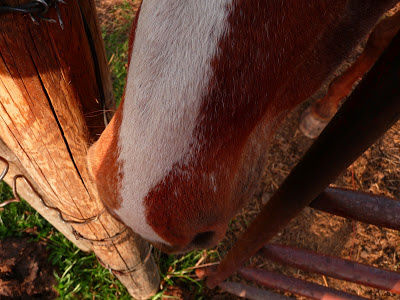 My sweet Winston  who is fine after his altercation with a cow on Sat. He always stays between me and the cows, when  we are sorting , and one got a little rammy. Knocked him down and rolled him , worried him a bit before stumbling over him and stepping on him! Scared me out of 10 years growth!! He kept rolling so I  guess that is what saved him, he was pretty shaky for a time but otherwise no ill effects! 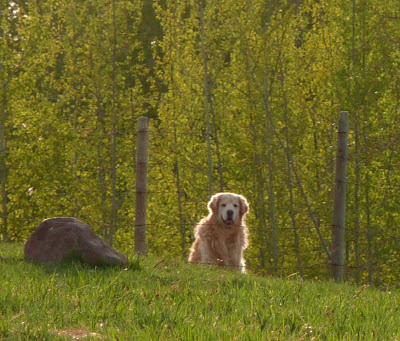 "shines like a penny in a little kids hand" 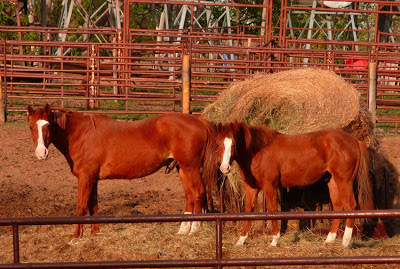 Not everyone will guess the significance of this last photo. So  for those  who don't
This is a pic of 2 generations of Fern Valley horses , both solids, but both that beautiful copper red I so love. Also Stryker, the original gentle  giant,and Harley, have another thing in common.Stryker is the first some of Chile Poivre (Chips) And Harley is the first son of Fern Valleys Phoenix  and a grandson of Chips himself.
That's all for now, gonna lay low and get feeling good, and then look out!
Stay safe  friends !

We aren't even getting spring. It went from winter, straight into summer.

Oh, and I love the pics, your horses are gorgeous!

Poor Winston! That's scary watching your dog get rolled by a much bigger animals. Been there, done that. I hope things settle down on the health front for all of your family members and everyone is healed and feeling well soon.

Oh Sherry, I can so relate to all the busyness!! My wish for so many, would be for time to just slowwww down a wee bit so we can all afford to take a cleansing breath and have some time to just enjoy life for a change of pace. Why are we all so dadgum busy anymore? Take care of yourself. Even if we'd like to, we just can't do it all. We're not getting any younger. :) Prayers for Martin's pop...
Oh, and as always - gorgeous horsey shots. You're so right, they are the absolute BEST de-stressers God ever made. Oh, and the pups help too! So happy Winston's ok.

Winston is so photogenic, give him some belly rubs for me for being such a good boy in protecting you.
Hope Martin's dad is ok, knee mail going up for him.
Good thing I don't live closer or I'd have me a few of those polydactyl kittens in my pockets.
Harley is looking great!

Spring came early down here. First year in many I was able to get the garden in in April! Usually its June because its so wet! LOL

Hope the Dads are both better soon!

Yup them 4 leggers are the best destressors (and sometimes the cause of stress but that's another story) I love them reds as well, Harley is lookin good :)

You have a gorgeous herd, but OH, that Johnny...

Thanks for posting, Fern.

Your words and pictures always make my day.

It looks like everyone is ready for spring. I've been knee deep in weeding these last few days. My least favorite but most rewarding job.

Take two nuzzles and call me in the morning. I hope your back rests up and treats you better!

Hey you I'm still here and playing catch up.Your horses are gorgeous...good thing I'm so far away. Rotten cow give Winston a kiss on the nose for me.

Great photos, they kinda sum up life - if ya know what I mean. Take care.