CutnJump makes wonderful  fly  masks. She  made one for  Phoenix, last year, also  one  for Cactus (but I showed it  then ) Phoenix  was  out  at the  trainers  through fly season so other than to  just try it on  I never  used it last year.
But this  year... 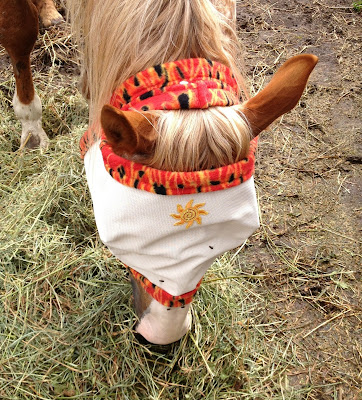 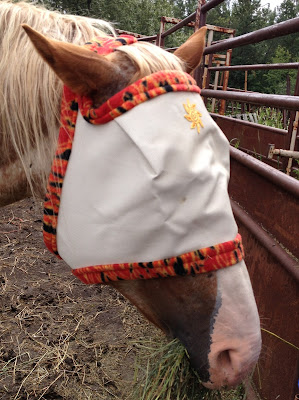 Gotta  protect those  beautiful blue  eyes! He  loves his  mask, and will drop his  head  over the  fence  for me to put it on! 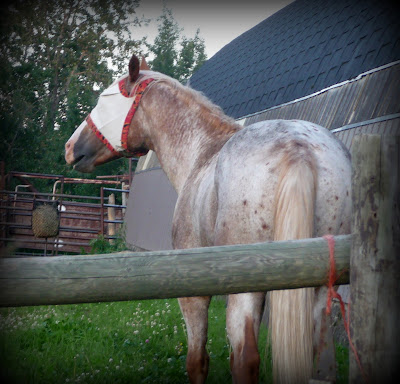 Winston  has a  new  trick, he  has  taken to carrying  around  the  bag from his favorite  treats 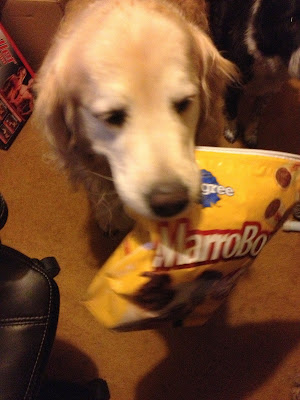 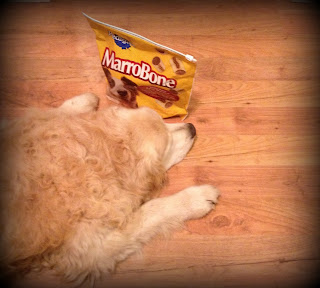 I think he  is  hoping for  an advertising deal...

That's it  for now, I do  have another post  brewing  but have been pretty  busy, not sure  what I have  been doing , but a lot of something is  for sure!
Stay  safe everyone
Posted by Sherry Sikstrom at 12:34 am

I totally meant to get her to make me masks last year bug forgot till now, maybe this year I will do it.
I love Winston and those treats, so cute! You should email one to the company

I love the mask! And Winston is sooo cute with those treats next to him!

"Ever wonder what dogs dream of??"

Opposable thumbs to open the bag :)

OH I love Winston. He and Marlie would give each other a run for their money. Marlie slept with her bone one night.

Winston would be a great spokesdog!

Flies are so annoying! Phoenix is a smart guy. You should find out if the treat manufacturer ever runs a photo/calendar contest. Winston would make it for sure. He is too cute!!

What a cool mask, glad he likes it. And Winston, what a funny dog. I agree, you should send it to the company.

Glad it fits him! We have a few horses that come to the fence to get theirs on too. No chasing them down for it, they are glad to have them on.

Looks great on him!
Winston is so cute! Goldens are my favorite!

Re: your comment on my last post; if you're ever up for a game of Words, my username is dennymas.