Sometimes when you lose you win.

So  a  while  back  I entered  some  photo in a  contest  for  the Alberta SPCA Calendar. One of  my  photos  was  short listed, and I got an email letting me know. Sadly for me (or maybe not )  the  photo in  question  was  not  chosen, nor  were  my others . Oh well too bad, there  are  some  great ones in the calendar. And  besides I do  my own  calender so I can  put  my  favorites it it right?

But a  little while  later I got a  envelope in the mail,looked like it was  the 2014 SPCA  calendar  I was  busy  so  just  tucked in  the  bag in my  truck to look at later. And  promptly forgot I had it .

Deb and I went out for dinner the other  day and she was telling me this really cool  news about my photo!
It didn't  make  the  calendar,but...
My photo  graces  the  envelopes and the  front of  the brochure on the new  campaign !
How cool is  that?
recognize anyone? 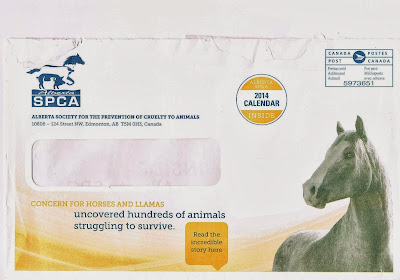 Yup , its  the Blue  eyed  wonder himself!Fern Valley's Phoenix (or Fix as his friends  call him) , not on  one  calendar  page, but  front and  centre on a  campaign that goes out to thousands!

Yesterday  was  farrier  day, and I have to say  YAY JOHNNIE!!! He has  always  been a  sweet  boy ,except  when  he is having his feet  trimmed , he is good till  we get to the off hind , and then he is well , really  not good. I have  tried  equine  body  work and he  did have some issues, but once fixed , not any better to trim. I just  could not  figure it out , he learned  everything else in his life so well and easily I couldn't help thinking it was a pain issue, but he is not lame , or displaying any discomfort under saddle  so?
Finally decided  to try  something at  the suggestion of Angela ( who has  become  personal  veterinarian  to my  herd with all the  rest she has to do lol) I gave him  a dose of  bute   before Charlie  got here and  guess  what? He was  practically perfect! a little hesitation lifting that leg  but otherwise  just fine. So now I feel like a heel  thinking it was behavioral for so long ,but hopefully  we  can get  another look at that leg and hip, maybe even have Bluequine look at him and see if  my  sweet boy  can get  some  relief. Its  hard  when they are so tough! Cat apparently  blew out an abscess at  some point  recently as well , I had  no clue as she was never lame!
Out final task  yesterday  was to  wean the babies, pens are ready we just had to do the work. Went  well, and other  than a  bit of a sleepless  night things  are  still going  well, lots of "singing " but they are eating and  drinking. Too many this year to wean in the barn so they are in a mid sized pen  with the shed, they can see mommas  but not  get to them , so far so good . 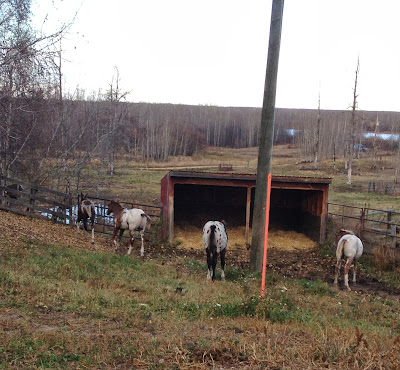 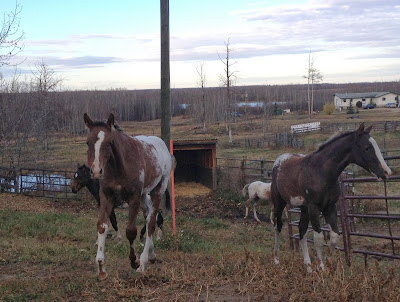 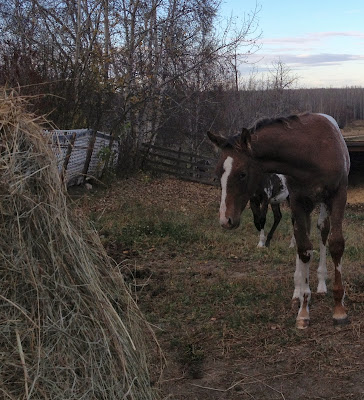 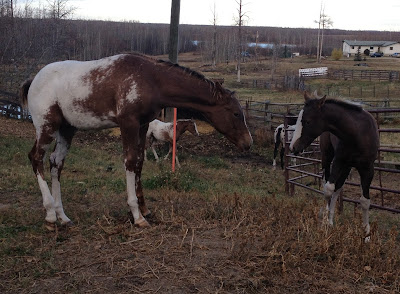 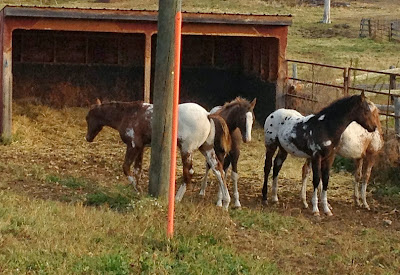 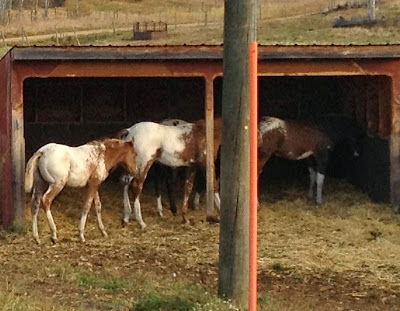 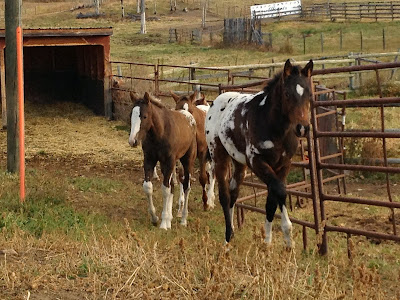 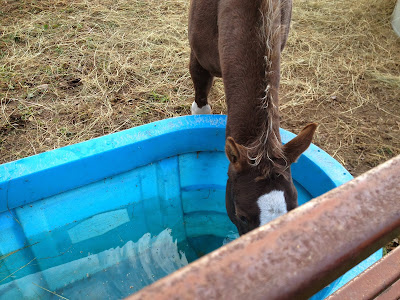 Thats all for now , stay safe  my  friends
Posted by Sherry Sikstrom at 10:40 am

Congrats to Phoenix, What a star! Glad you are happy. Glad the weather is good for weaning right now. Hopefully not too many more "signing" nights. Enjoyed spending the day with the boys and helping with the mommas's and babies. Take care of yourself.

Beautiful babies!! Each one a star in his/her own right...congratulations on the picture!

Lovely photos ! We do our own calendars of our photography to . Getting cold and windy here , northern Ontario already has snow flying BRR ! Thanks for sharing ! Have a good week !

Congrats on getting ink!! What a fun surprise & honor. Nice that your babies have each other for company.

Congrats to you and the big boy for the calendar photo! And that's one fine passel of babies to look at!

Congrats on your photo !
Boy those babies of yours are gorgeous !!!

congrats! that is super cool.

That's so exciting... all the more sweeter after you had given up and had no expectations. I have a similar story of chucking a bunch of mail into the back of my truck and forgetting about it, and then one day reading it out of boredom while waiting to pick up the kids from school and discovering I got some really high marks in a contest I had lost. The judge's comments were worth way more than winning. They compared me to my favorite Pulitzer Prize winning poet, a lady who I had met in person and been pen palling with. The judges didn't know our connection, but it was the biggest compliment I could get.

Congrats on having your Phoenix being on the mail! I would love to hear all the babies "singing" and watching them as they meet their new pasture companions :)

That is so cool about the photos. Yours is the first ones people will see! How exciting...

Congratulations! That's awesome.
The babies are all looking good, hope they behave themselves!

Oh how cool about Pheonix!!! And the babies look good and hope they stay outta trouble!

How utterly cool is that!! Now I'll have to get one. Congrats, Fix & Fern Valley!!

Babies are beautiful, but no pic of my Johnnie.
sigh.
I will whine a little more in the next comment :)

Oh congrats on the envelope that is the first everyone sees and it is beautiful. Yeah Hug B