Finally my year in review post! Gonna be a long one!!

I did  warn  everyone that now I can read books on my I pad I might  wander off, but I didn't mean to be this bad!
So here I am  to wrap up and review 2013, before its time to do 2014!if you  want  more infor on each of the  items I mention, look  for the blue  print and  click on the links  to return to the original posts
The  winter of 2013, felt like the  winter that would not end!  we had huge amounts of snow, and every time we thought it was done? nope back  to shoveling again !
But it  had  some  pretty  awesome highlights! 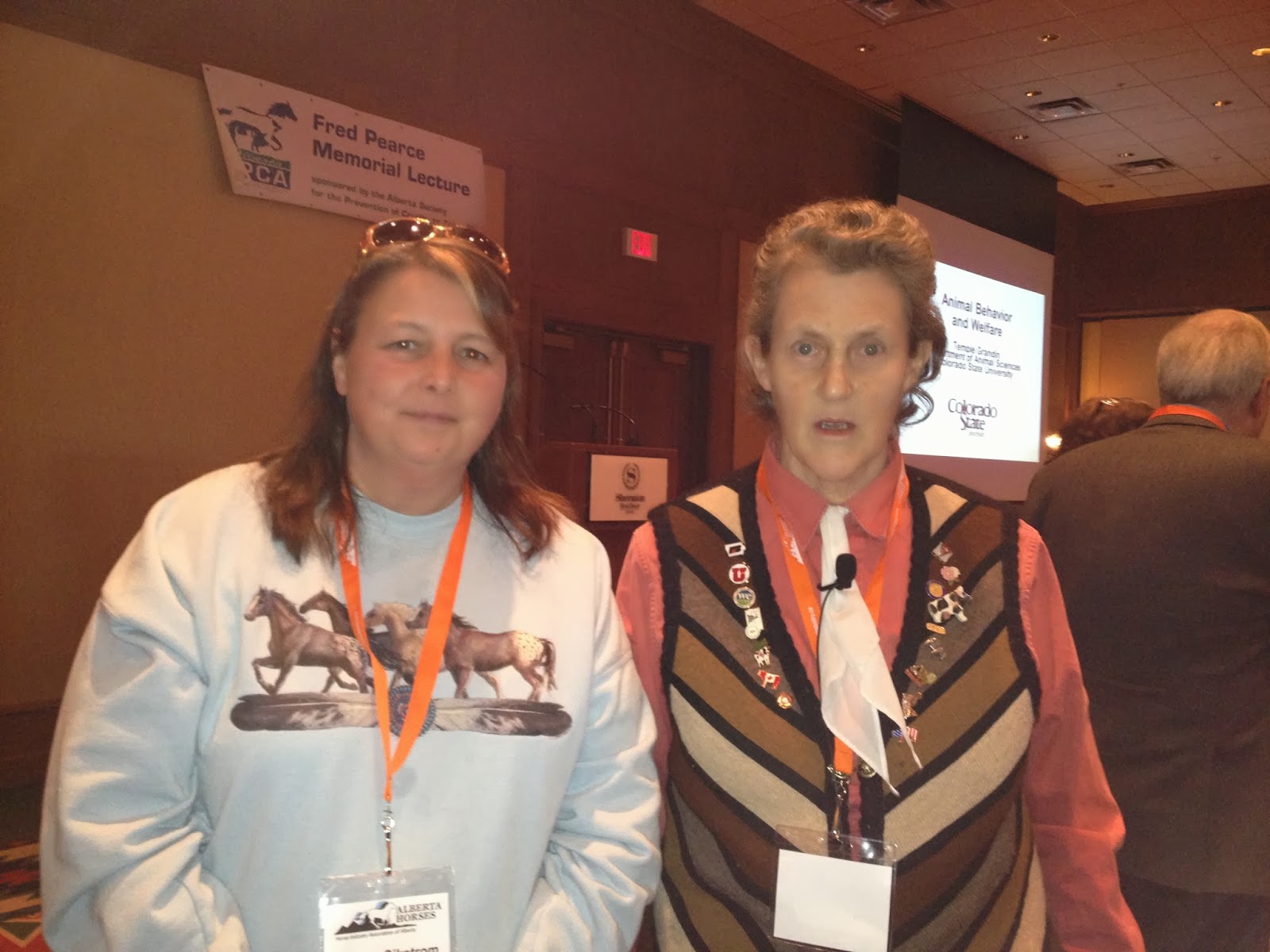 I met  Temple Grandin!!   Attended the Horse Industry conference in Red  Deer ,quite simply because I read she  would be there . I was so excited to hear her speak!
I also  attended a session  with another  speaker , that prompted me to  do something I have not done in a  long  time, but ,the details on that will  wait...

I didn't  write  poetry as  prolifically as I have in past years, but I did find my muse  from time to time
Winters lament
Here's to the Horses
The Yard  sale
And  this one , written  for my folks on  the occasion of their 50 wedding anniversary
For Mom and  Dad

Some big milestones and changes in this year. My folks celebrated their 50  wedding anniversary and later in the year my sister Heather and hubby Marc  celebrated 25 yrs married.
Such joy at both those events.
Martin and I again  fled the snow and cold  for a week in paradise in February, Third star to the right , and straight on till morning

Bittersweet memories, with mom and dad  moving out of the home that they built  together  and into a facility where mom can  receive ongoing  care. The house that  dad built the home that love  built

And then  spring ,was  finally upon us!! Nope not  quite!! Calving started, I continued to chronicle  the antics of Harley, and we. got.  more.  snow!
I posted a few  "thoughtful posts" You know the  kind where I have a  thought and a point to make and ramble on  for several  paragraphs desperately trying to make you understand? Here is an example
Its not how much they love you
I took  my yearly  jaunt  down to the Mane Event in Red Deer, which was, as always great fun!

This  year I had a  little  different  fun  with  my photography, in addition to all  the pics I take around here, I had the opportunity to play "paparazzi" twice, first for my cousin at his branding , then for Angela at a horse  show ! From Cowboys to Cross rails

Then , of course it was  time for the babies!!!!
Maks (FV Rainmakers Quest )
Casey (FV Casino Quest )
Tango (FV Shall We Dance)
and  finally , arriving  with a splash (quite literally) ,the littlest cowgirl Oakley's Arctic Heather (Sprite)
The rest of the summer  was  spent adoring these 4 beauties, and taking innumerable photos

Mom  had  a bobble  with  her health again  this summer, but true to form ,she rallied and was home from hospital  far sooner  than was expected.

I mentioned  that I listened to a speaker at the main event  who convinced me to do something I had  not done in some time. Well the speaker was Dan  James of Double  Dan  horsemanship
His simple common  sense  approach impressed me , and before I could let  fear or common  sense  stop me I had signed up  for a clinic  with little Miss  Whoa  Dammit! Just a ground  work  clinic, but it had  been  nearly 20 yrs  since I had attended a clinic of any kind and it was a ways away so the trailering etc  had  to be  considered. I had  high  hopes of  working with her a bunch  before  we  went, but unfortunately  that did  not happen , so instead, I took  my chubby, unkempt girl straight out of the pasture at  5 in the morning the day we went and ...
She  was a star!
I took on a couple  little  side  challenges  this year as  well, first  working  with a little  mare of my Uncle's
The  later in September I took on an extra  job  one  day a  week at a not for profit organization  for  persons  with Mental illness. I prepare the meals  for the lunch and also education on  food  handling  safety and hygiene as well and  budgeting and meal  planning .Sounds  pretty  good, I wonder if I could teach me that at home???)
The  summer  marched on with  the regular, work, gaze at the foals , take  water and Popsicles  to the guys on  the hay field etc with not much new, till August when my cousin  Enid,her hubby , as  well As Auntie  Peggy and  Uncle Brian  came  for a  visit  from  Seattle .
Then again in September when we all  gathered as  a family once again to celebrate  my cousin Kirk's  wedding to his lovely Amber!

Heather, Marc, Martin and I did our  usual  venture to Jasper to the healing  waters of Miette
Just  shortly  after this I received a message on Facebook asking if I had  owned a  horse  named  Dandy. Sure enough it was  my FV Dandy Line she was asking about. Long  story  short , he has a new home and I a new  friend!
The fall  time was  peaceful more or less, weaning of the calves, then  the  foals  went  very  well , and  we have  settled into a  routine here again  as we  wait till  spring.
But the blog? well between my internet  crapping out , and being super  busy, I occasionally thought of  letting it just  go. But then the blog and I received a very  special gift! in  the form of Guest  Blogger  Ron  Horricks. My  dad!  He  has  written  3 posts  so far  chronicles  of the family history and inventions , and I so hope he  continues in the New  Year
Guest Post #1
Guest post  #2
Guest Post #3
And  with  that, I think it s time to wrap up this post. It was a  good  year overall.Changes, celebrations , and wonderful times with  family. Can't  ask  for much  more than  that can we ?
Stay  safe and  warm  my friends , and may 2014 be awesome and  all you  wished  for

Posted by Sherry Sikstrom at 8:28 pm

Great recap.
Next month I will have been a blogger one full year , you were one of the first blogs I started following and I have appreciated every minute of the journey here.
Happy Trails my friend , may the New Year bring you wonderful adventures !
All the best,
Willow

Sounds like a pretty darn good year! I too hope your dad keeps it up I am really enjoying his posts. And hows this winter for snow compared to last year? we are on par, maybe even more than last year

What a great year you've had with work, play, and writing in between. Hope this year is just as good!

It always sounds like we do more than we realize when we look back on it. A full and productive year. Happy 2014.

Sounds like a pretty good year overall. Lots of family and horsey time, and not a lot of bad stuff. Always a good thing! Here's to another good one Sherry!

Sounds like you have had a good year over all . Lots of fun , family and being busy . Here's to us all having another good year .Thanks for sharing . Have a good week !

You have had quite a year! Temple Grandin is cool I loved the movie about her starring... baby brain I forgot the actress but she won an award for it. Here's To 2014!