some closure for a friend and a picture of my day

I wrote  a post  some time ago  about  a series  of  awful incidents leading to the senseless  death  of  several  4H cattle and also a  friends  beloved  horse hers is the post Heartsick. That  was  in  2012 well all  this  time  later the  youth  who  was  responsible  received  his sentence,  News story. Is it enough? I don't  know, I do  know there is  no  way he could  truly  understand the  damage  and hurt he  caused but at least  the issue  has  come to a close.

around  here it is cold cold  cold! we were blessed with  balmy  temps above 0C  the  last  part of  January , until... until  we weren't!
Still not -40 but cold enough  to make  me bundle up and  still need to have  the wood stove  going to warm up when I come in after  chores. Even  cheated  a few  morning sand  took the truck  to check  waterers.
Today  was more of  the same,  dawned  cold  clear and bright . Pretty  to look at  from indoors  but not so  nice  to be outside. But it is  what it is , and I had  stuff  to do  today  so I  bundled up and out I went. 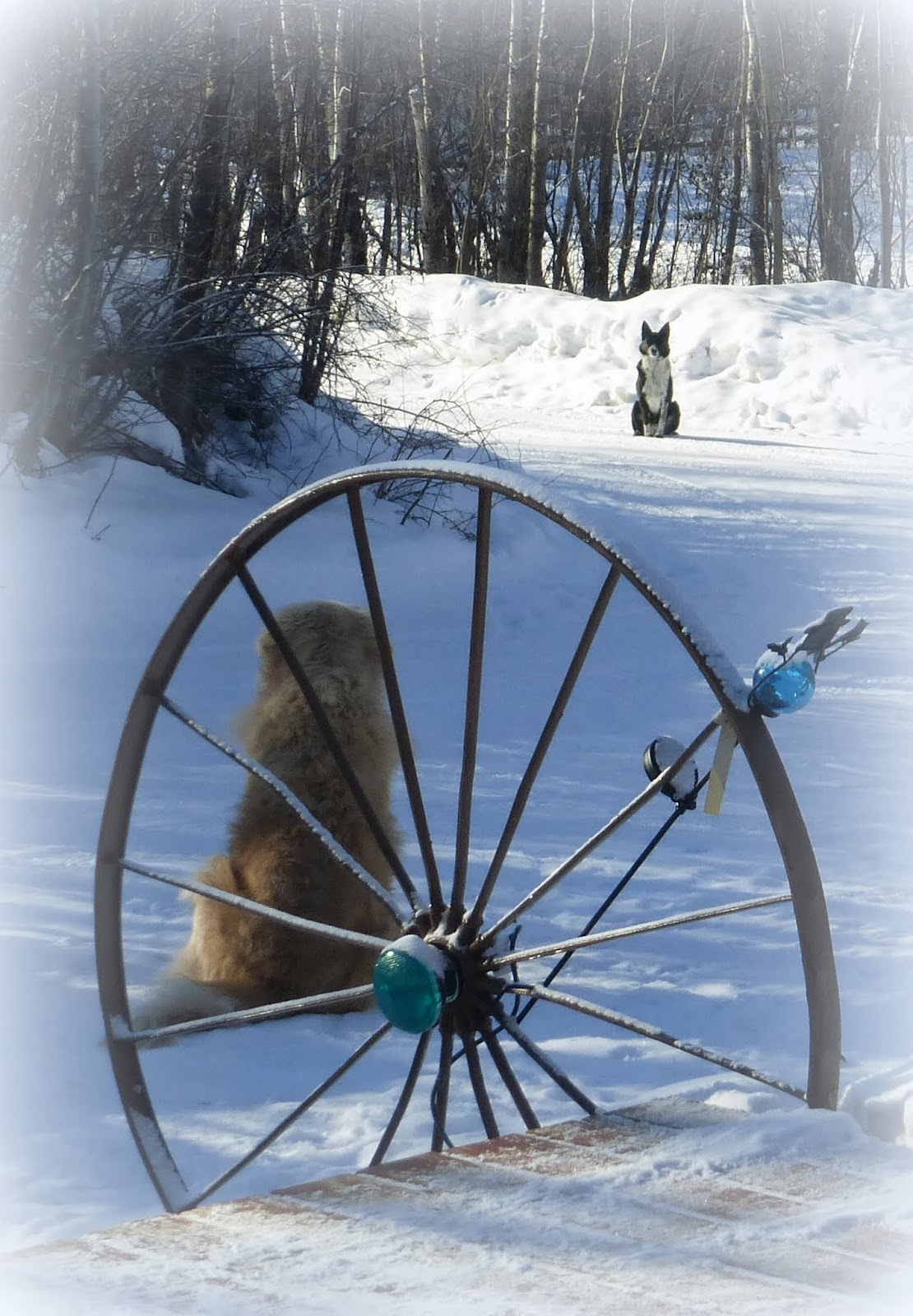 Afternoon chores  took  me  down to see  Annie, 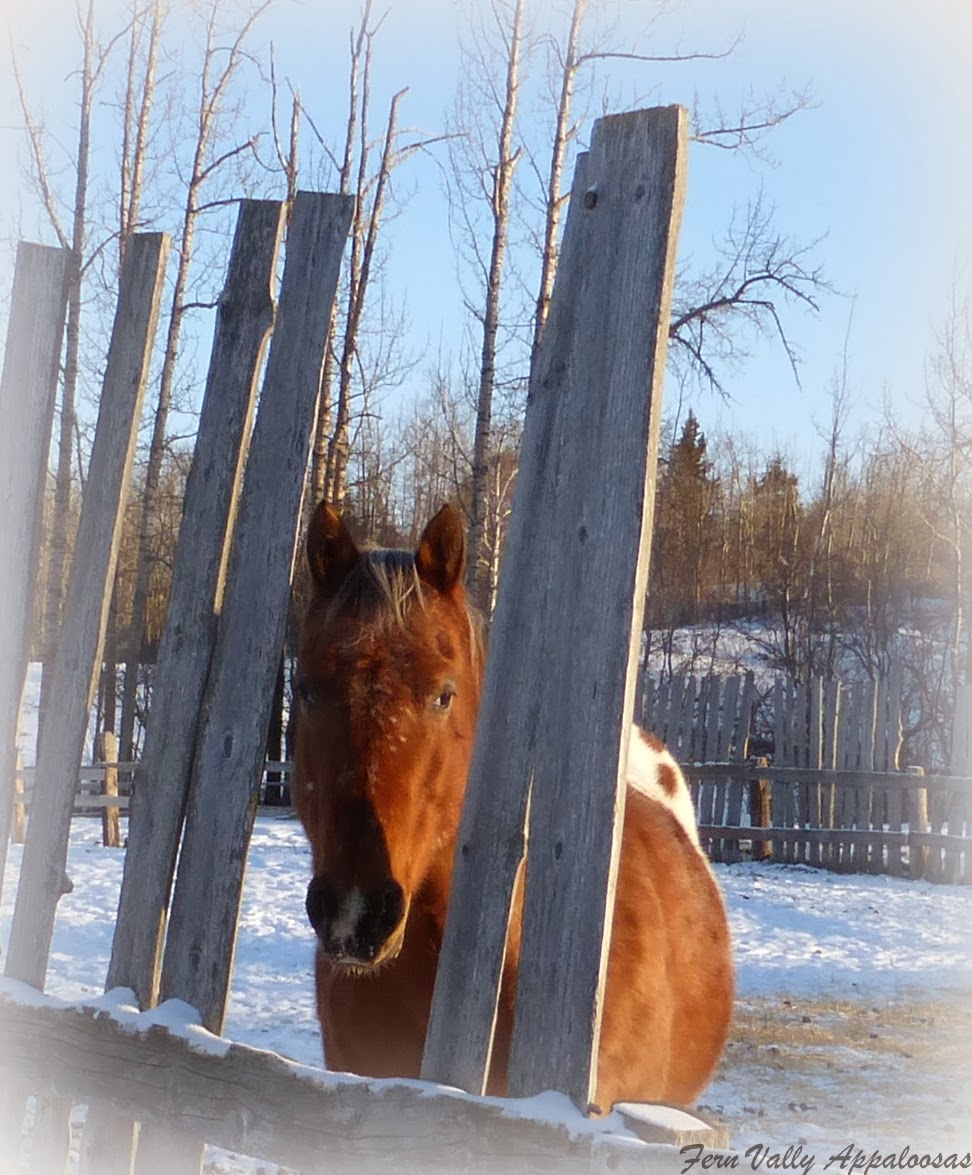 And  of course  Johnny! 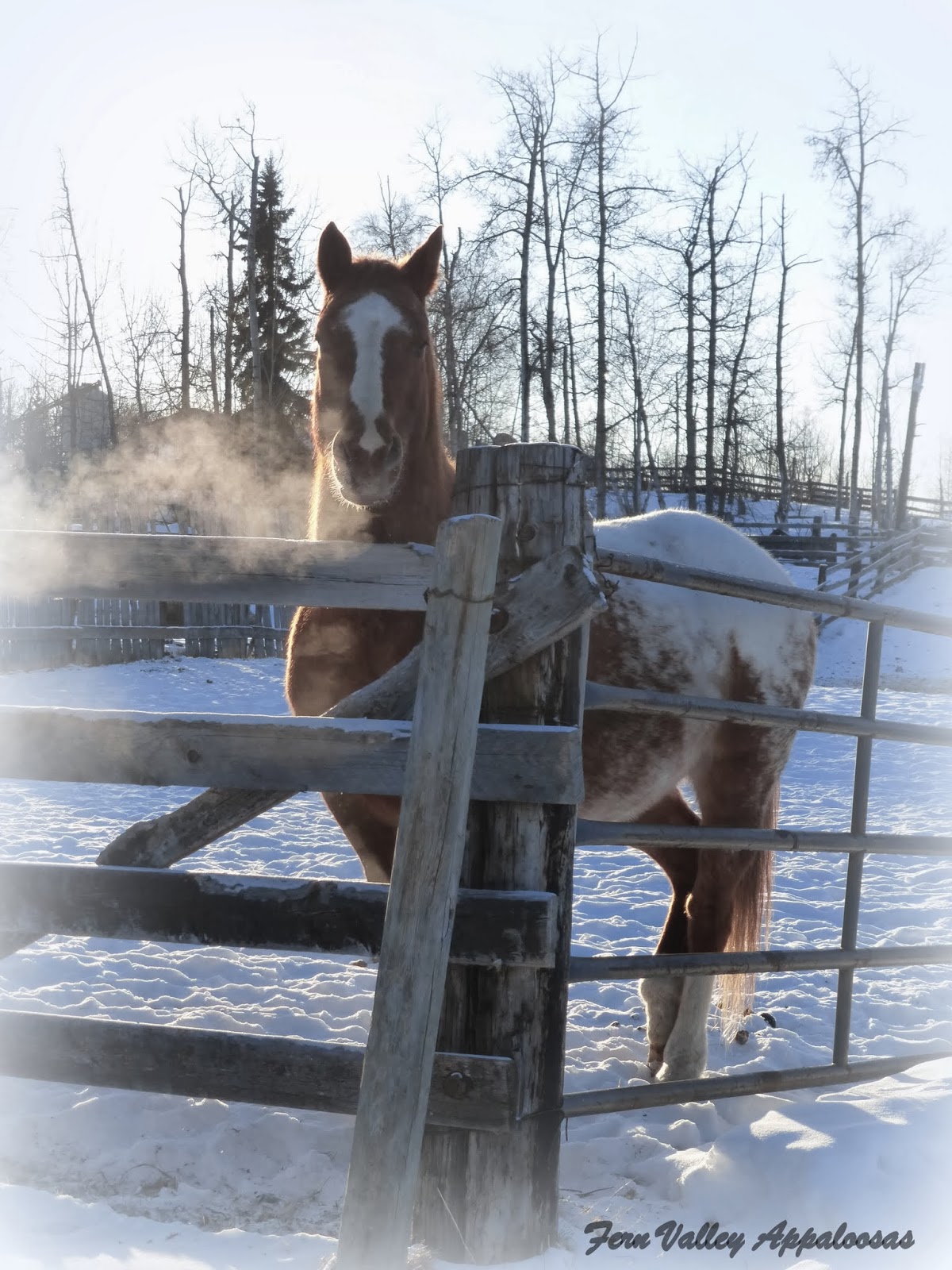 All the others  as  well,  but its hard to keep the lens on the camera from  fogging up so that is all I took  for pics.
All  are  fat and  sassy  and  handling this  Alberta  Winter  like they  do  every  year. Tough  critters  !
That's it  for now ,  stay  safe and  warm  my  friends
Posted by Sherry Sikstrom at 11:29 pm

Looks like someone wanted to go play. Cool tire decor, does it light up solar? It is hard to take photos in the frigid weather...Stay warm!!

Lovely photos ! I hope they throw the book at the little bastard he is a danger to all ! Thanks for sharing . Have a good week !

Definitely far too lenient in the sentence, but I'm not surprised. Cruelty to animals is pretty much legal in this country. Killing an animal is no big deal. I'm glad the little drunken stupoured guy was caught, at least. His sentence should involve shovelling a LOT of dung, human, preferably.

I love the stand-off shot!! Who will draw first?

If the teen could be rehabilitated with that light sentence it would be good, but I think they should have added some kind of psychological assessment and rehabilitation program.
I think Winston is telling Skeeter not to be impatient, he has to wait for you!
Hope it warms up for you this week, it is supposed to here.