Well,its not California, but we do have us some CHROME!

Sorry folks I had to, especially in light of the fact that this kids dam is non other than "That Richie mare " Get Rich Quick, winner of  among others this  1997 Appaloosa Stakes race . And that way back he carries in his pedigree  "Whirlaway" the 1941 triple crown winner. No I agree  when it is a ways(5 generations ) back it doesn't carry that much weight it is still kinda cool and  maybe excuses the title of this post. add to that coolness we also see Northern Dancer on his 5 generation pedigree! 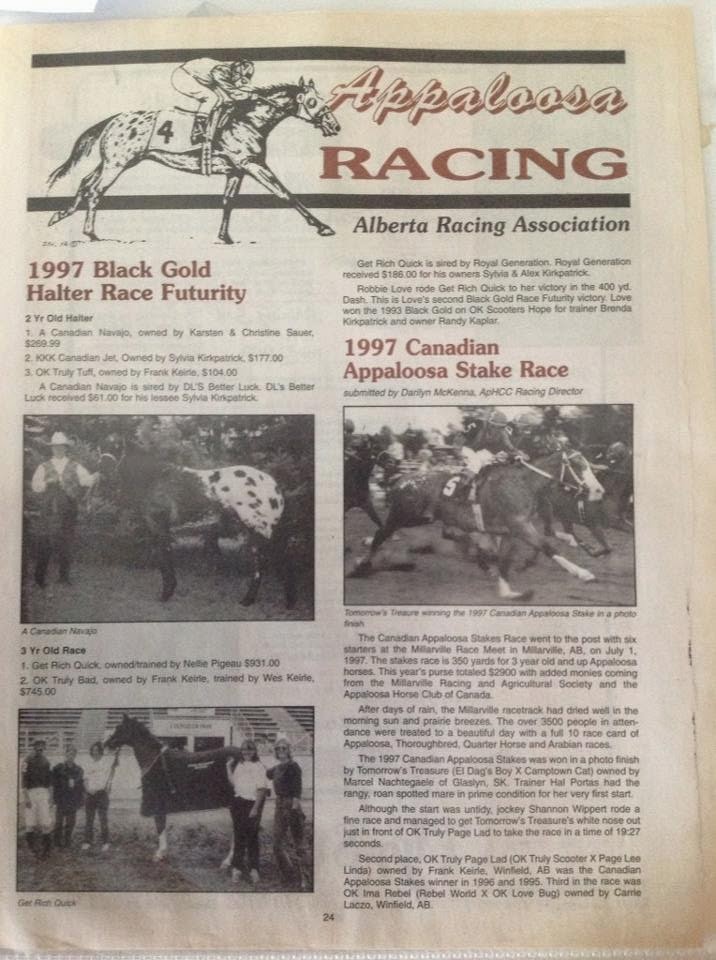 So who are we talking about ? well it could be Fern Valleys Phoenix,he is a full brother of his but no we are talking about our other Blue eyed wonder. FV WILD CARD 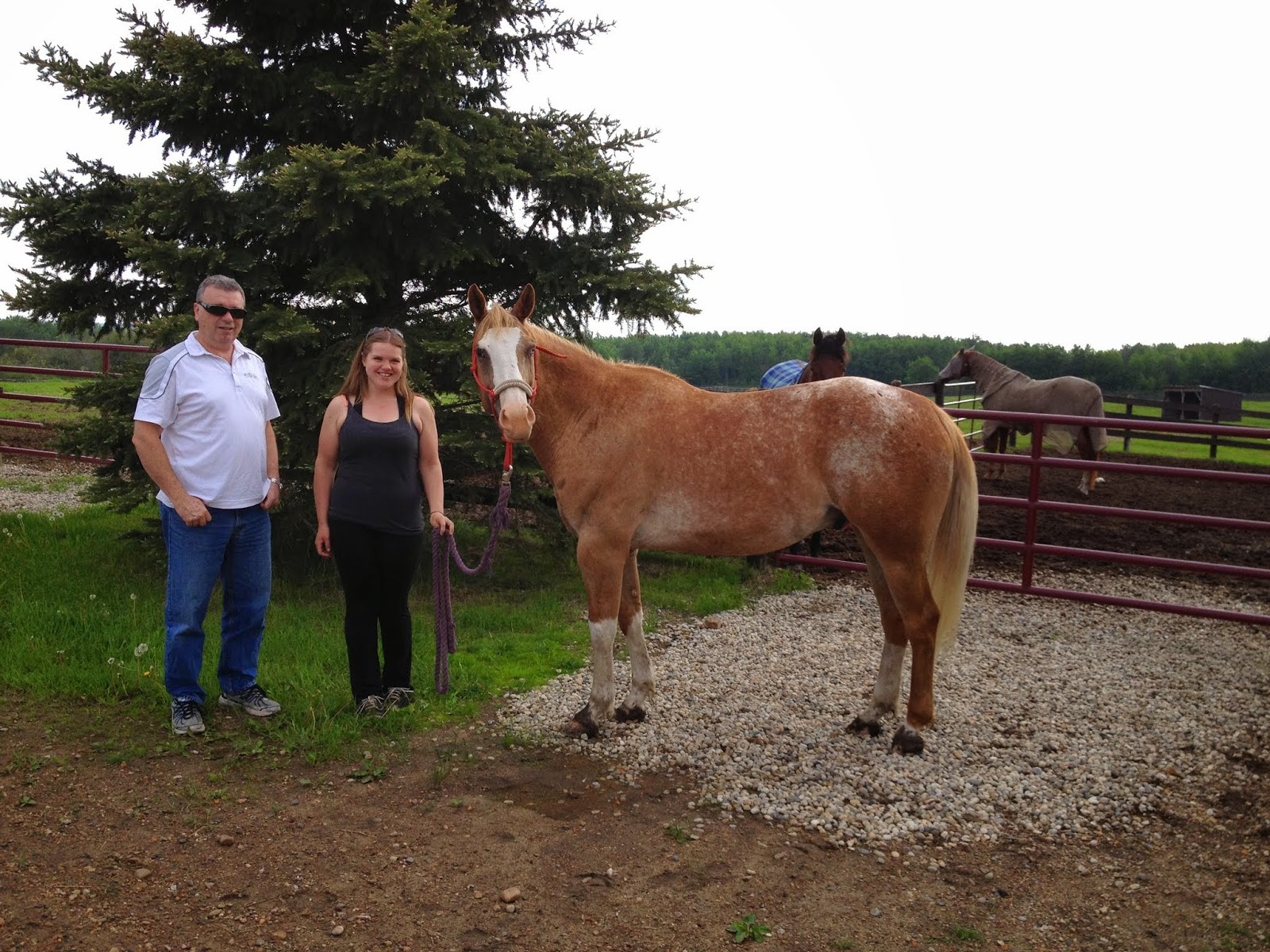 He was out for the year with a dear friend Mel, who while working at a big barn was looking for a horse to ride/ project pony. Well my brother in law who owns Wilder has a bad  back,and Wilder needed a job, so we figured it was a good match. Mel did great work with him and kept him in fine form. She is on to another project for now so it was time to bring our wild card home. Marc and I headed out yesterday  to pick him up. (by the way, who had the bright idea to drive  all of the way across from here ,to the east side of Edmonton, on a Friday in construction season at 4 pm?? oh yeah mine! dummy!) Anyhow we got there and took a little time to visit and watch Mel take  the boy for a little spin. Many have seen this video on Facebook  already but here it is again.

Now wilder is not the only horse we have with "chrome "(white markings) but he does have some nice ones, and the shimmer of gold in his coat has always just added that little something special to his look . 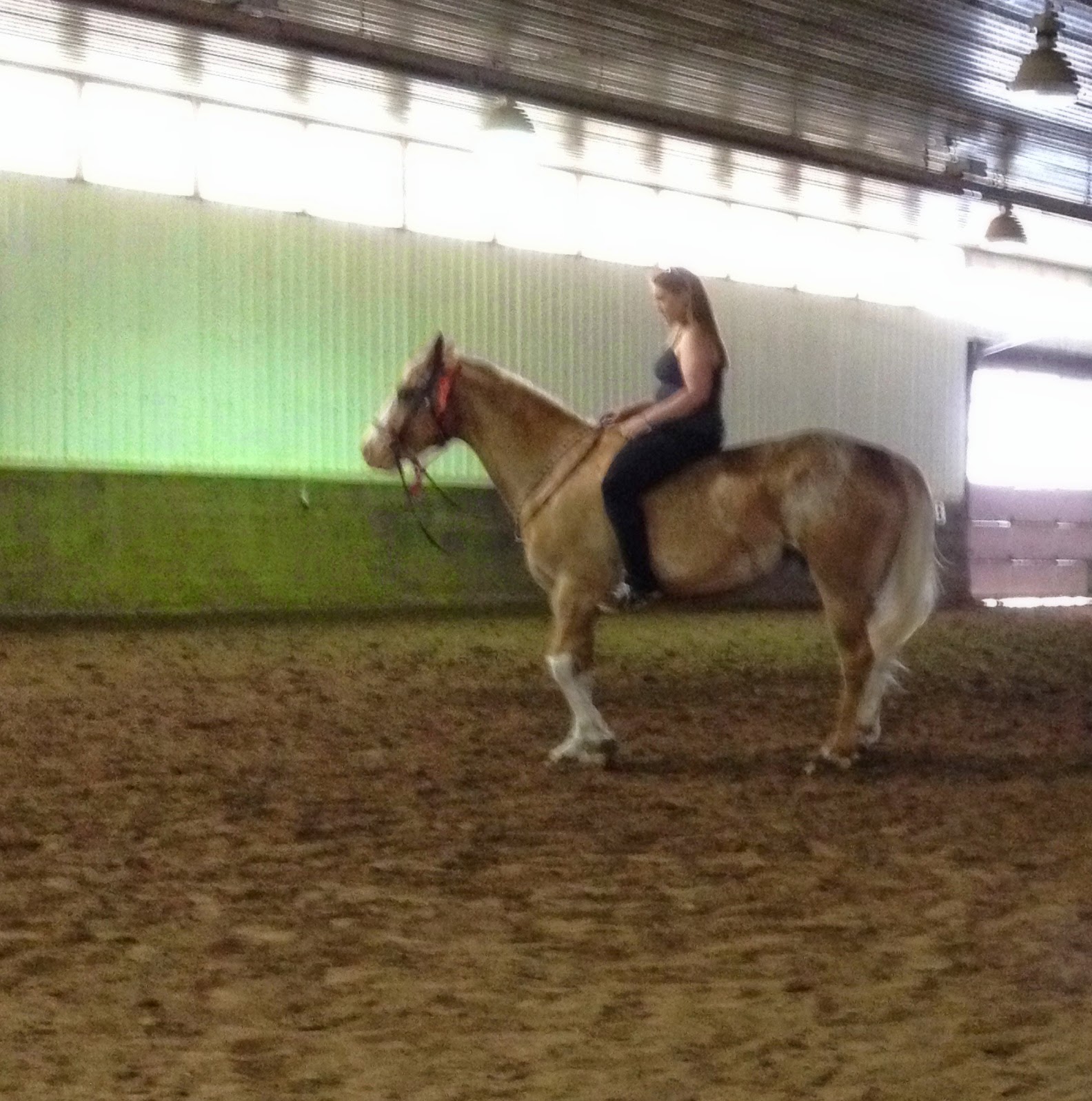 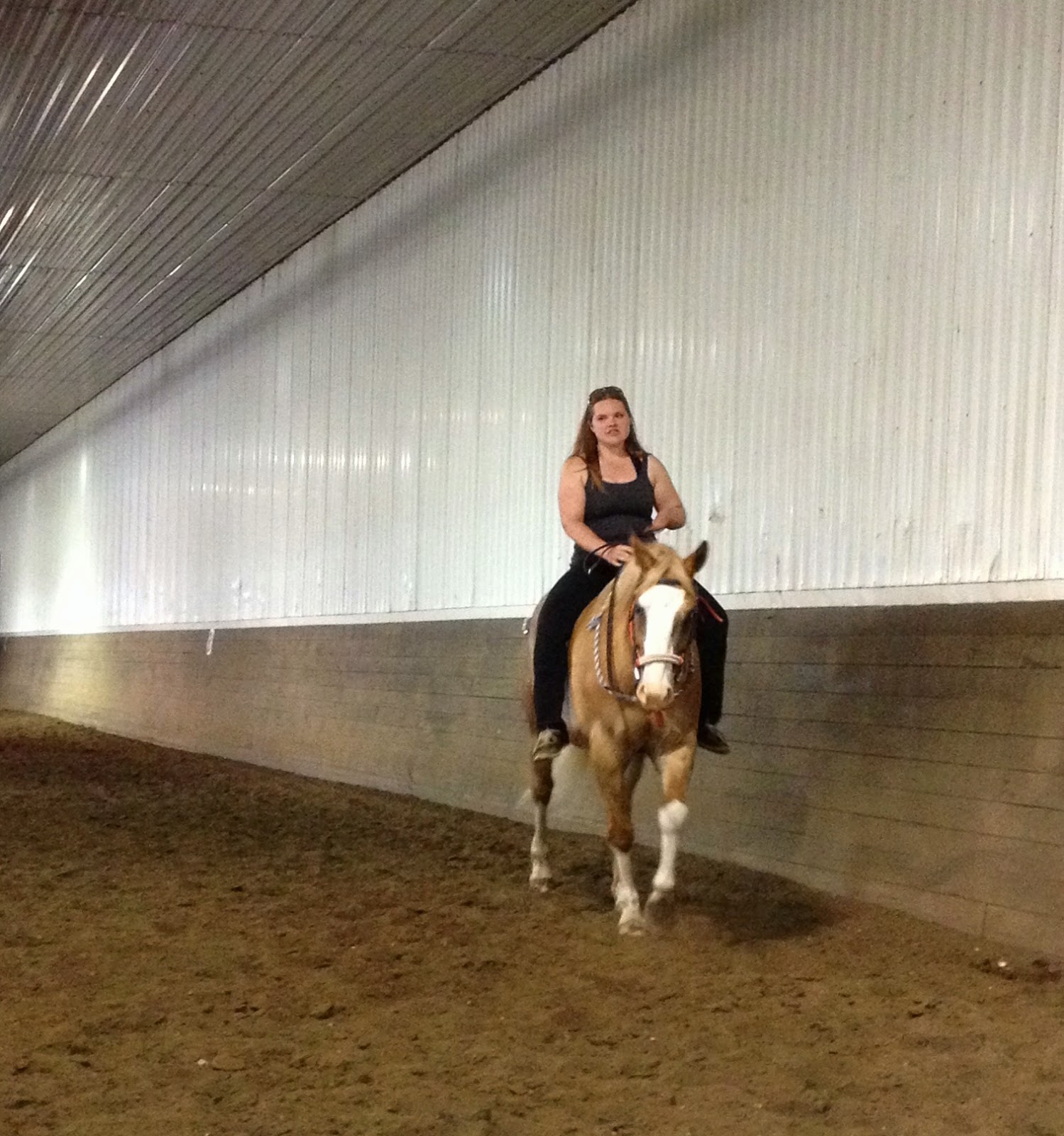 He traveled well and spent the night in the round pen,then this morning I turned him in with Stryker and Harley. 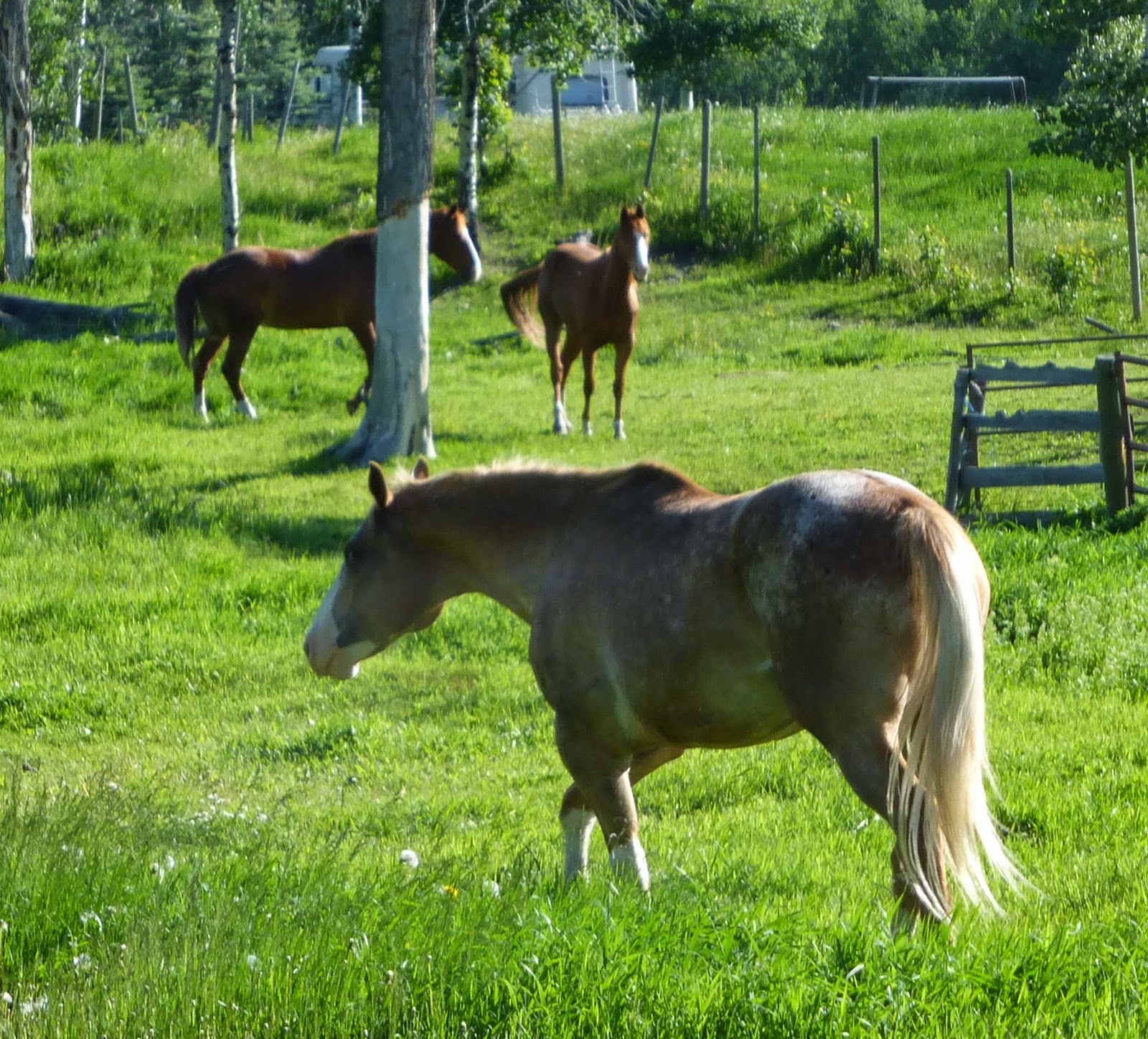 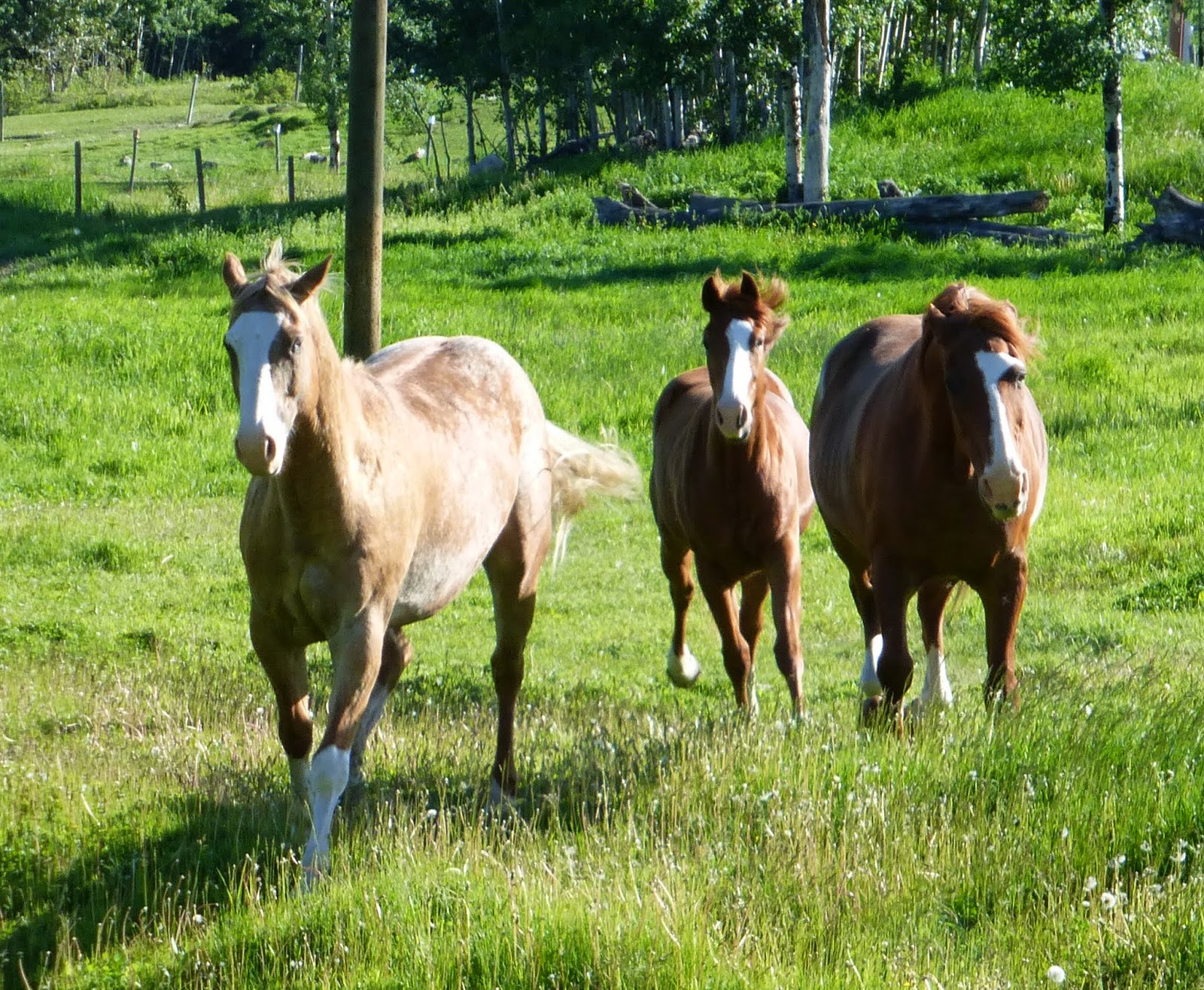 Retreating! Old man Stryker was giving him a little  working over 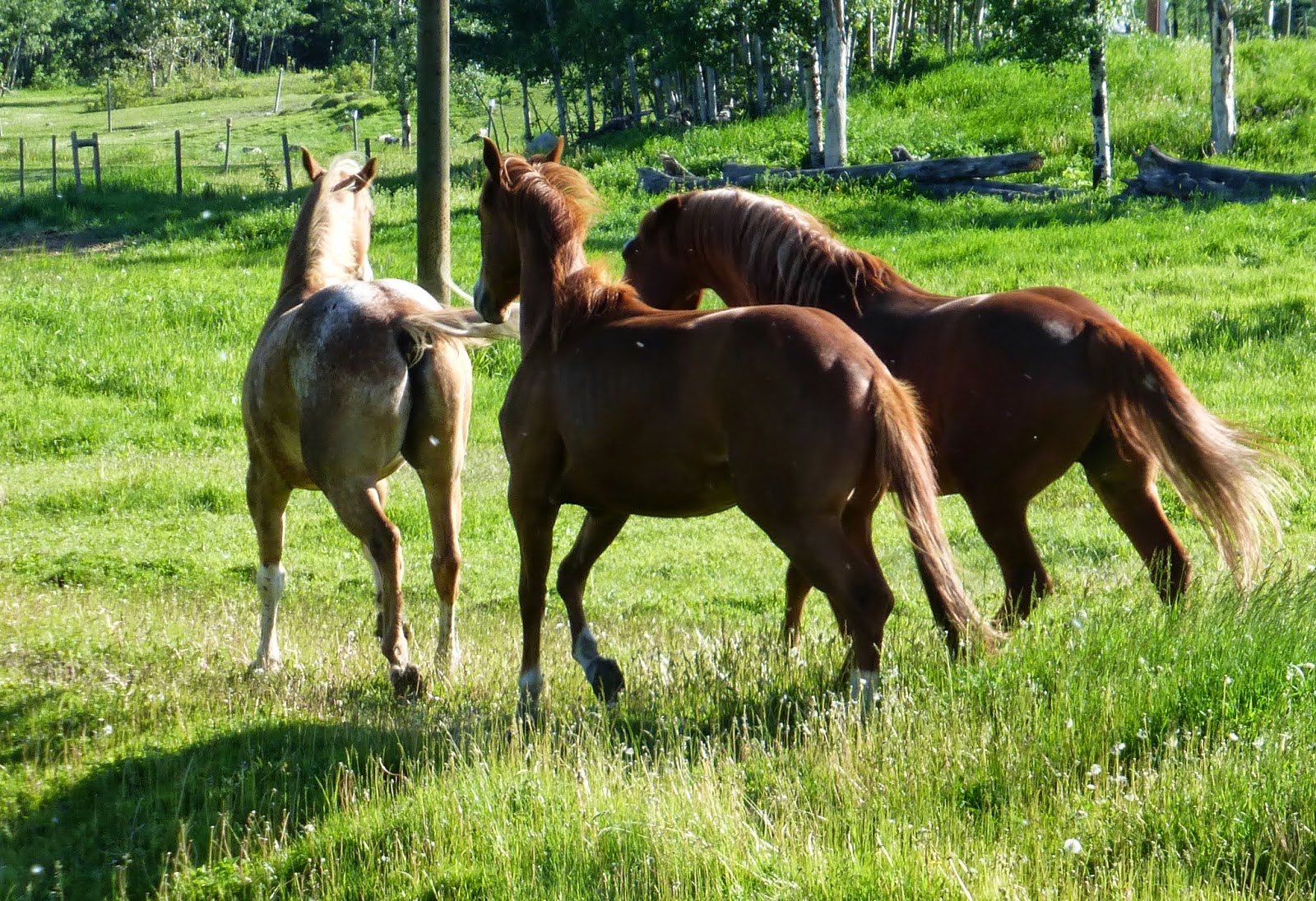 Just showing him who is boss. Stryker  did a lot more posturing than actual chasing ,if Wilder would move off then he let him be 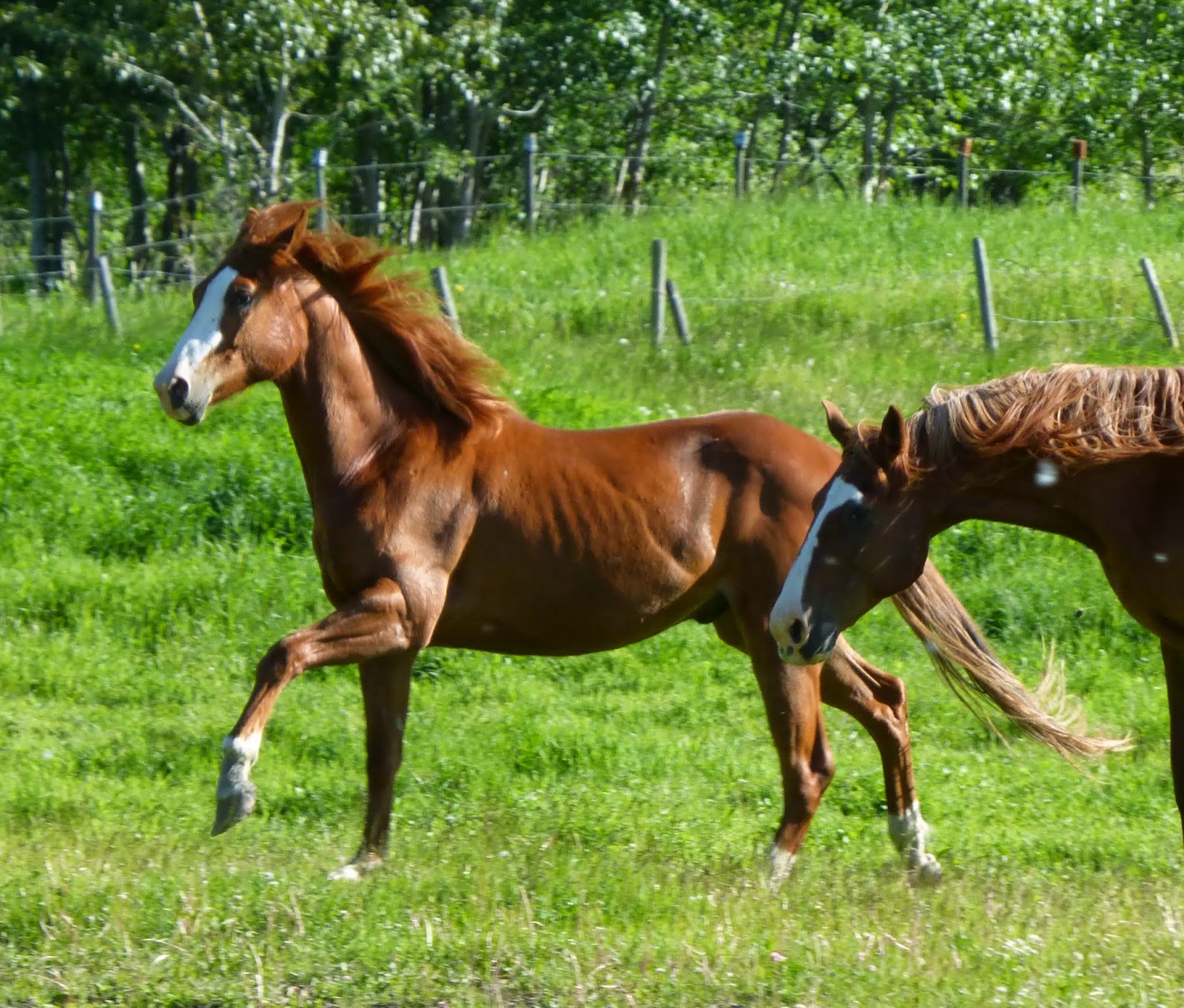 I think he will be fine 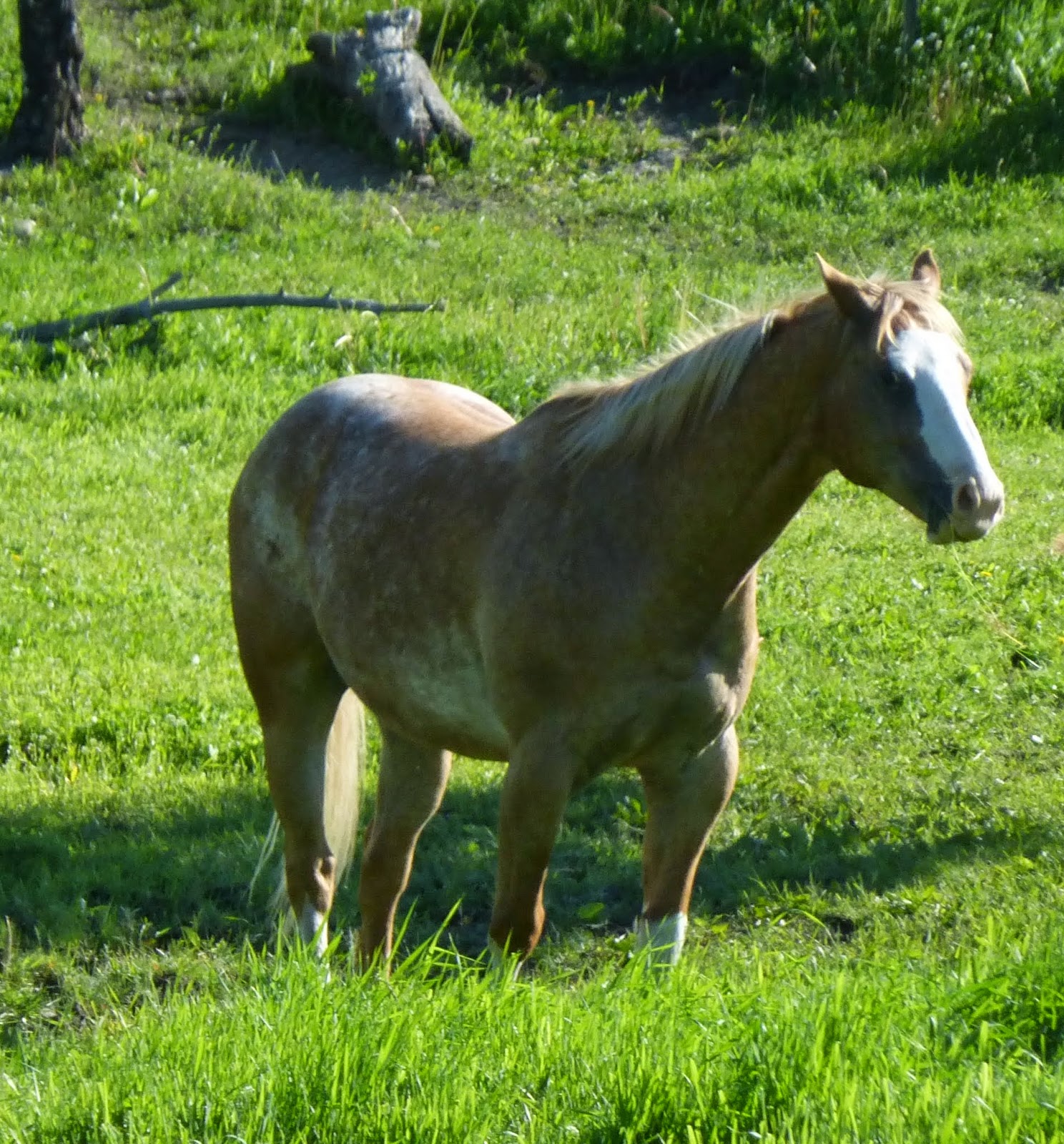 Matter of fact,when I got home this afternoon, he and Harley had buddied up and old man Stryker was  hanging out  under a shady tree.Probably relieved to not have that "kid " to keep up with.

Wilder is for sale , Marc is not likely to ride him much with his work and his back, and this is too good a horse to go to waste  so keep an eye out for  a for sale post  on him.

The pecking order of horses is so interesting. Years ago in a corral next to my sister in Idaho, there were 3 or 4 horses in there but they were ruled by one. And that one wouldn't let one poor horse have any food. It killed me. Everytime the horse would go to the hay, he'd get bitten by the bully. I had to walk away. What do you do about that?

He's a good looking horse. He should find a home pretty quick.

California Chrome has 11 traces to Whirlaway and one to Northern Dancer- so yes, they are related!!!
He's a beauty, I bet he won't be gracing your pasture for long, someone will snap him up!

Your friend did a nice job working with Wilder. He is a good looking guy!

He sure is a cutie, looks like a nice personality too, I'm sure he'll go quickly